Should you buy the Callaway Rogue driver?

If you’re even a casual golfer, you’ve heard of Callaway. Chances are, you’ve probably owned a Callaway club at some point. Whatever the case may be, the Callaway Rogue driver is one of the most cutting-edge clubs the company has ever made.

Released in 2018, the Callaway Rogue driver is the next evolution of the hugely successful GBB Epic driver.

As a recipient of a gold rating on the 2018 Golf Digest Hot List, the Callaway Rogue utilizes Jailbreak and VFT (Variable Face Thickness) Technology.

The result is increased ball speed for longer drives and more forgiveness on mishits.

Not a believer? There’s a reason the likes of Branden Grace, Aaron Wise, Phil Mickelson, Francesco Molinari, Henrik Stenson, Marc Leishman, Xander Schauffele, and Michelle Wie have the Rogue in their bag. It’s simply that good.

After buying the company outright in 1982, Callaway started selling golf clubs out of the back of his car. As the company rapidly grew, so did its need for more space. Before long, it established headquarters in Carlsbad, California. That’s where it resides to this day.

By 1992, the company’s $130 million in revenue gave it the clout for an IPO and a spot in the New York Stock Exchange. In 2000, Callaway contracted with Arnold Palmer and released the Rule 35 golf ball and the White Hot putter.

Both products captured incredible market share, and Callaway’s presence continued to grow. From there, Callaway has continued to experience untold growth.

Its reputation as a premier club manufacturer becomes more solidified as it releases each new product. The Rogue driver is no exception. Callaway Rogue Driver has the following pros and cons:

Whoever is in charge of marketing at Callaway should be paid handsomely. The term jailbreak technology is different but edgy. When I first heard the term, I was curious to learn more about it.

Just because the term Jailbreak catches your attention, though, doesn’t mean it can’t deliver in performance. Jailbreak Technology refers to two hourglass-shaped titanium bars that sit behind the face. The idea behind the concept is to stabilize the crown and sole of the club.

Then, the face can absorb more energy at impact, which results in faster ball speed. The results in testing, by both robots and humans, showed substantial increases in both ball speed and distance.

Callaway first introduced VFT all the way back in 2000 when their highly popular Hawkeye driver came to market. Ever since then, Callway has improved upon with every driver it has manufactured.

In the new Rogue driver, the thickest part of the face is in the center. That thickness gradually tapers toward the perimeter of the face when it’s the thinnest. With this design, Callaway has been able to increase the coefficient of restitution (COR).

The result is maximum efficiency in the transfer of energy between the clubface and ball at impact. The transfer increases the launch angle and reduces spin. That’s the combination for maximum distance, even on mishits.

Jailbreak Technology and VFT work in conjunction to produce what Callaway has coined, the Jailbreak Effect for increased distance from the tee box.

Beginning with the Callaway X16 driver, engineers from both companies came together to look at what happens to the clubhead on the downswing and through impact.

After analyzing how the clubhead twists and turns at certain points during the motion, they were able to come up with a design that reduced drag and allowed maximum speed to be delivered at impact.

With the X16 driver, they created a Speed Step trigger at the top of the face to reduce drag. That design is still in play with the Rogue driver but has been improved upon to make it more efficient. The implementation of a Triaxial Carbon Crown is much lighter than previous models. It’s larger too.

By reducing weight in the crown, the mass has been redistributed to the club’s perimeter. The result is yet again, increased speed and moment of inertia (MOI) for longer drives and more forgiveness.

The Callaway Rogue driver comes with a multitude of stock shaft options designs to fit all types of swings.

The Aldila Quantra Shaft comes in 40 or 50 grams with flexes of senior, regular and stiff. It’s designed for players looking for middle-of-the-road launch and spin conditions that like stability as well.

The Project X EvenFlow shaft allows for maximum energy to be released through the clubhead at impact. For players looking to maximize distance off the tee, this shaft is a great option.

What do others say?

When the Callaway Rogue driver first hit the shelves, I was curious to see what all the hype was about. I tested it for myself and liked the stability of the head as well as the increased ball speed. With that in mind, I was curious about what other golfers were saying. The reviews were markedly positive.

The Cobra F8 driver has the thinnest face of any driver the company has ever made. The face is also one of the first to ever be forged with precision CNC milling. Dual Roll Technology improves upon the traditional bulge and roll design on driver faces.

With more curvature on the top of the face and less on the bottom, Cobra has been able to optimize launch and spin conditions while also keeping mishits closer to the intended target.

The Cobra F8 features many adjustable options and is perfect for players with moderate to high swing speeds.

Ping has always tried to move the center of gravity (COG) as far back and low in the head as possible. They’ve done it again with the G400 driver. The result is a high launch and more forgiveness. When tested against other drivers, the Ping G400 outperformed all of its competitors when it came to shot dispersion.

However, its distance numbers were a little behind the drivers from other manufacturers.

If you’re worried about accuracy more than distance, take the Ping G400 for a test drive.

TaylorMade has been the king of distance forever. With the introduction of the M4, they’ve shifted their narrative more toward accuracy. Without the sliding weights prominent in many of its other drivers, TaylorMade has developed a fixed weight port that brings the COG lower and farther back in the clubhead.

This increases the MOI for greater forgiveness on off-center strikes. Combined with proprietary Twist Face Technology, the M4 driver is one of the straightest, most forgiving drivers on the market.

If you’re looking for the distance TaylorMade is known for, and you want to improve your accuracy from the tee, the TaylorMade M4 delivers on both fronts.

Things to Consider When Buying a Driver

The driver is meant to be an offensive weapon for any golfer. It’s the club you hit the farthest and what you use for your first shot on par fours and fives. However, if you’re not using the right driver, it can become a liability. When most golfers buy a new driver, they just grab one off the rack and pay for it.

Then, they take it out on the course and realize it’s not the right club for them. They eventually realize they’ve spent hundreds of dollars, and they regret going through a proper fitting. Don’t make this mistake.

If you’re in the market for a new driver, take the time to get properly fitted by a PGA Professional. A good fitter will have the technology to measure all the critical elements that need to be taken into account to find the perfect driver for you.

When you show up for a fitting, bring your old driver with you. The fitter will ask you to hit a few shots with it to establish a baseline of information.

Once you’ve hit some balls and answered a few questions, the fitter will start making some recommendations about different driver heads, lofts, and shafts. He’ll watch you hit several shots with each club, analyzing the data for each one.

Once you’ve found the right shaft, head, and loft combination that produces the trajectory and distance you’re looking for, the search will begin to narrow.

At this point, you need to find a club that you’re comfortable with. You have to like the look, sound, and feel of the club you’re going to buy.

A critical thought to keep in mind during any fitting is that there has to be two-way communication. If, at any point, you don’t understand what the fitter is telling you, stop and ask them to clarify. If you’re going to get the most out of your new driver, you’d best understand WHY it’s the best one for you.

What we think about the Callaway Rogue Driver

If you’re going to play your best golf, you have to hit your tee shots long and straight. On a typical golf course, 14 out of 18 holes are par fours or fives. You’re going to need a driver on the majority of those holes.

Playing with a driver that doesn’t fit and isn’t technologically up to date can be disastrous for your golf game.

If you decide on the Rogue, you won’t be disappointed with the forgiveness and playability. The technology in this club is designed to help you get the most out of your best shots and make sure your misses are still in play. 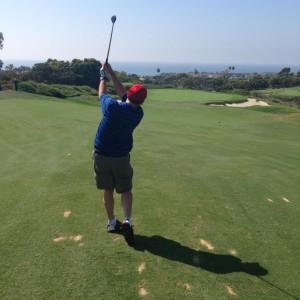